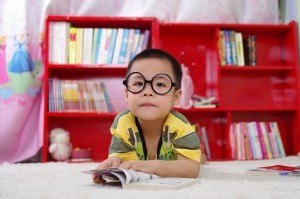 The students I teach in my primary school do not show much interest in learning English nor are they motivated to engage in English speaking activities. They are rather shy  and get bored easily. They even start communicating in Cantonese when they don’t feel like being part of the lesson. This is one of the biggest challenges I have faced in this school. At any extent, I wanted to solve this problem so that all my lessons achieved their aims successfully. In this article, I write about the lesson I taught about dinosaurs, why I came up with this topic and how it turned out to be a successful lesson.

About the Author: Zarin Tasnim is currently teaching to primary learners in China and is a graduate of OnTESOL’s 250-hour TESOL diploma and Teaching English to Young Learners Specialist course.

The Topic at Hand: Dinosaurs

I decided to teach one of my speaking lessons using the topic of dinosaurs to excite the students and increase their interest. Kids are usually are very interested in dinosaurs because of their size and mightiness, and especially because they are an extinct animal. This helps to easily grab their attention. I have found in my studies that intense interest in a conceptual domain like dinosaurs, can help children to develop increased knowledge and persistence, a better attention span, and deeper information-processing skills.

When I introduced dinosaurs at the start of the lesson, I found that only some students knew what dinosaurs were, and the rest had no idea. Those who knew what they were showed excitement. The rest who didn’t were surprised that such enormous animals had actually existed. The PowerPoint had attractive pictures of dinosaurs which also grabbed the students’ attention from the start. I presented and explained different kinds of dinosaurs, herbivores, carnivores, omnivores, how they looked and so on. Students found this part very fascinating and continued to give full attention and read along with me as I described each dinosaur. They also wrote down many words from the screen without me having to remind them. Everyone behaved and the whole class was in control.

The best part of the lesson was the in-class activity. In this activity,  students learned what dinosaurs were and their appearance. Students had to draw their own imaginary dinosaur on a given worksheet and describe it using the sample descriptions they read previously from the screen. The students were very excited for this part. It gave them the opportunity to be creative, draw, colour and to use their own imagination. I also put up an example of a funny hand drawn dinosaur and its description on the board as they worked on this task. This helped the weaker students to follow and not to feel left out. The students came up with hilarious ideas. These included a six-legged dinosaur, a dinosaur with horns all over its body, a three headed dinosaur and many more. They had a lot of fun and became very involved in this activity. I set a limited time for drawing so that they didn’t spend too much time on it.

After they completed this task, I called some students to present and describe their dinosaur in front of the class. Many students wanted to volunteer as they wanted to show off their creative dinosaurs on the screen. Those who didn’t normally speak in front of the class wanted to as it meant they could show off their creativity. The students were also excited to see how their classmates’ dinosaurs looked. They showed respect as they paid attention to each of their classmates presenting.

When time allowed, I showed them a funny short video about a little T-Rex exploring its land and meeting many different dinosaurs. As the video played, I asked questions related to what they just learned, and the students were able to answer. For example, when little T-Rex ran into the field, it saw many huge long necked dinosaurs. Then, I asked the class what dinosaur it was, and they answered “Brachiosaurus”. This is what they learned earlier in class. They had a good laugh in the end and learned many new words. Finally, they made use of the words in the description and had a beautiful piece of artwork that they treasured. I displayed many of their creative works on billboards outside the classroom. The next lesson was an extension of this lesson where we focused on how and what caused the dinosaurs to go extinct. In this activity, students developed their own dinosaur story in a comic format in groups. They then presented it in front of the class. This further increased their confidence speaking in English.

In conclusion, using an interesting topic to teach young learners can can further extend primary learner’s attention and interest. Try incorporating fun activities such as drawing, creative thinking, attractive visuals and short educational videos.  This can motivate and help students to learn more effectively. It is also important for these activities to be educational while focusing on dividing tasks into small chunks.   The students were willing to speak in front of their class when they aren’t normally. They also completed their worksheet as they used many new words from the vocabulary taught.  They asked more questions about dinosaurs. which encouraged them to speak and increased the interaction between teacher and student.

HOW TO USE PERFORMANCE BASED ACTIVITIES AND PROJECTS WITH YOUNG LEARNERS

A free preparation course by OnTESOL!
Includes TESOL methods, teaching grammar, teaching vocabulary, teaching language skills, lesson planning, and case studies from abroad.
Your information will never be shared or sold to a 3rd party. You may unsubscribe at any time.