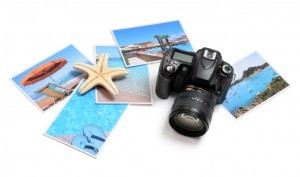 It’s an old saying that an image is worth a thousand words. In English language teaching we can take that saying and adapt it: ‘Every image can help learners speak a thousand words.’ Images can be our greatest allies! Instead of worrying about trying to form grammatically correct sentences in a course book activity, learners always react positively when asked to discuss an image instead.

Images are great language learning tools for so many reasons. Firstly, images are open to varying interpretations. This inherent ambiguity enables your learners to be creative and invent all manner of sentences based on what they see. Secondly, an image provides a natural talking point. Shy and introvert learners often feel less anxiety about discussing an image than they do when doing a course book speaking activity. Furthermore, images help to practice sub-skills like prediction, telling stories and recognizing main ideas. Finally, images are just a bit more fun to work with. The following simple activities will help you take advantage of all that images have to offer:

Everyone has played this game at some time or another, so it’s easy to set up and get learners playing. This is a great activity for practicing there is / there are and there isn’t / there aren’t.

This is useful for practicing superlative adjectives and using ‘because’. You’ll need a few images that are connected to a listening or reading you’re doing in class.

This is great for practicing simple past as a narrative tense. You’ll need a set of images which tells a story from start to finish.

This variation on a regular dictation works well with lessons on prepositions of place.

Space in course books is very limited, so images aren’t always a priority on the printed page. Consequently, it’s a good idea to start building your own collection of images. Consider putting them on cardboard, or laminating them for future use.

Related Articles on How to Teach English

Creating Your Own TESOL Material

Teaching the IELTS Listening Test: Writing and Recording Your Own Listening... How to Teach IELTS Reading Using Authentic Texts
Scroll to top